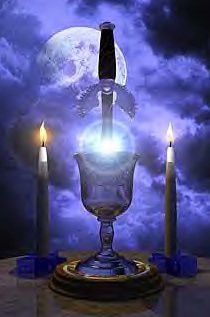 That was the first thing he said to me,
"Are you a Christian?"

Well, I was raised a Methodist.
Isn’t that a Christian?

I had just moved off Campus and he lived in the rooming house
He came into my room and asked
"Are you a Christian?"

It was the first time I had ever had a stranger ask me that.
And he was a stranger ... and strange.

I told him yes, but I did not fit HIS definition of
a REAL Christian.

You see I did not go to
his Church.  My beliefs did not fit his
mold for being a Christian.

Never mind that I accepted
the teaching of the Christ..

Never mind that the Golden Rule was my guide stone
or that I believed in giving to the poor.

I had to be “saved” and “going to heaven”
Wherever that is?

"Are you a Christian?"

I’ve been thinking about that question for
a long time -  50 years off and on now.
"Are you a Christian?"

What did I look like?  A Hindu, a Moslem, a Sikh
Wiccan, Episcopalian;
Quaker, Mormon, Jew?
What does a Christian look like?

There are so many different kinds -- (33,000+)
sort of like all the different apples that grow on trees,
or  the various peas in a pod; alike but so different.

Over the years I have attended, Methodist, Catholic, Episcopal,
Congregational, Episcopal, Lutheran (who don’t like to pray with me because my idea of God might be different from theirs) Christian Science, Unity, Unitarian and I am sure there are some others.

I used to pray out loud but decided that the
“divine auditory nerve” didn’t need to hear from me
since He/She probably already knew what I wanted.
And besides the Master told me to “pray in secret” so I do.

Silently in the silence of my heart.

I used to go to church
but didn’t find many people there following in His footsteps.

Besides the smell of flowers is much better that that of incense
and the song of birds in the forest is grander than any choir.
and so all the world is my church.

There are many paths to the top of the mountain but
“the view is always the same.”
All the various religions will get me there
or for that matter if I don’t want to believe in one
I will still get there because God made us all and
keeps us all, in His Mind.

Each person is like a snowflake, unique, individual one-of-a-kind.
(If a snowflake can be unlike any other snowflake so can a person)

One in all of time.

Posted by jaycoles@gmail.com at 9:46 AM